Memory foam mattresses are some of the most comfortable mattresses on the market – for some, but not all people. Visco memory foam cannot cure conditions like fibromyalgia, but it could offer some pain relief a few nights a week. Here’s how.

Memory Foam vs Other Mattresses

With other mattresses, compressed air or springs within the mattress respond to your body weight by pushing back against you. The skin and blood vessels are caught in the middle, squeezed between the gravity force of your own body and the upwards force of the mattress.

This causes pressure points, which constricts circulation at the area of contact. For fibromyalgia sufferers who have so many tender points (shoulder, hip, back and so on), these pressure points are a source of constant pain and consequently, of poor sleep.

How Soft Are Memory Foam Mattresses

Memory foam mattresses only have visco foam at the top, where the mattress comes in direct contact with your body. Visco foam is considered to be one of the softest foams on the market which explains why many fibro sufferers have found pain relief on it. Foam, however, is firmer than other sleep surfaces like feather mattresses, for example.

However, the pain tolerance varies from sufferer to sufferer which is why a memory foam mattress will only provide pain relief for some people. Memory foam softens at body temperature but only through sleeping on the mattress will you be able to tell if it’s soft enough to provide you with pain relief, at least some of the time.

The bottom line is this: many doctors and patients say that a memory foam mattress, pillow or pad may help you ease the pain caused by fibromyalgia. It is a major investment (around $2,000), but if you consider its lifespan of over 10 years, a simple math operation will show you that this mattress will cost you around 50 cents per night. You may find it’s well worth the money if you find it comforting and pain-relieving at least in some of those nights.

Before deciding on this type of pillow, know that there is only one proven benefit of memory foam. Whether it’s enough to ensure a comfortable sleep, only you can tell.

Since being diagnosed with Fibro, I’ve gone through a number of docs and a number of different prescriptions for pain (…) and have hurt *way* too badly to do any significant exercise beyond stretching. I generally slept no more than 2 hours at a time, and you could cut my Fibrofog with a knife. The single most significant help – I’ve had it for a month now – is a visco-elastic foam mattress. I was waking up every 2 hours because whatever part of my body was in contact with the bed was sending pain messages to my brain. With the new mattress, that doesn’t happen, and I sleep – hold onto your hats – through the night, pretty much. My pain has decreased to the point where I actually *want* to move about and exercise; the Fibrofog is gone; and my energy level is something approaching normal. I actually worked an entire 40-hour week last week. groups.google.com/group/alt.support.childfree

I wished to heck I had the money to buy a memory foam mattress! I sleep so well on the pillows, and believe it or not, they really DO minimize me waking up with the neck pain and headaches! They put absolutely NO pressure whatsoever on my head, neck or shoulders and that is why I would NEVER go back to anything else! groups.google.com/group/alt.med.fibromyalgia

I have fibromyalgia and have found that the Tempurpedic mattress is the most uncomfortable mattress I have ever slept on. In addition to fibromyalgia, I have a rod in my spine. I wish I could get my money back. I have had to resort to sleeping on the recliner in the den. www.spine-health.com/backtalk/res/btb_res_matt2.html

Fibromyalgia is well known for its complexity. Those who have it suffer from disturbed, non-restorative sleep, as well as widespread muscle pain, stiffness and chronic fatigue. So clearly, a good mattress topper is important. So how can memory foam mattresses help?

A person suffering from fibromyalgia cannot wear jewelry because their skin hurts too much. The weight of a bedsheet is too much pressure for their aching muscles, and caresses from loved ones are a source of excruciating pain.

According to the American College of Rheumatology, 6 million Americans may be suffering from this life disturbing long-term syndrome – a set of symptoms that appear together but don’t have an identified cause. Fibromyalgia (‘fibra’ = fiber, ‘myo’ = muscle, ‘algos’ = pain) usually occurs in women aged 25 to 50, but men, children and elderly people are not immune to it either.

The predominant symptom is major and constant pain in the muscles and soft tissues. People suffering from fibromyalgia usually manage symptoms through pain medication and exercise, but the syndrome has no cure. Fibro does not, however, damage the muscles, joints, or internal organs.

For years, doctors believed this illness existed only in their patients’ heads, since there was no physical evidence of injury. But the increasing number of people complaining of these symptoms persuaded researchers and institutions to start taking it seriously.

Even though lots of fibromyalgia studies have been conducted over the last decades, specialists have yet to discover its cause. Doctors opinions are divided as to what causes fibromyalgia:

Fibromyalgia symptoms tend to come and go and some people find that they get worse in cold and damp weather, during times of stress, or when they engage in too much physical activity. The main acknowledged symptoms of fibromyalgia are:

Quite confusing and common symptoms, as you can see. How can a doctor recognize a fibromyalgia sufferer? Well, that is quite a difficult job, because there is no specific tests or medical examination for this syndrome.

But if other illnesses have been ruled out through specific tests and the constant pain has been constant for at least 3 months on 11 or more tender points all over the body, then the diagnostic is fibromyalgia.

After talking about symptoms and diagnosis, it’s time for the treatment chapter. Unfortunately, fibromyalgia has no cure just yet. Of course, there are several methods for fighting its symptoms:

Whether sleep disturbance is a cause for fibromyalgia or not, the truth is that a good night’s sleep can fight symptoms of many ailments, including this chronic pain syndrome. A comforting mattress will help you sleep better, with fewer interruptions and pressure points. 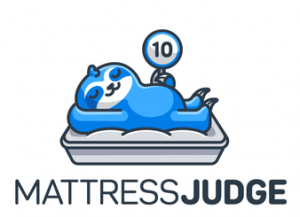